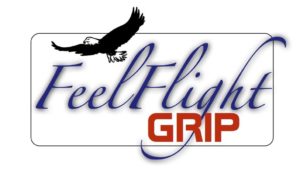 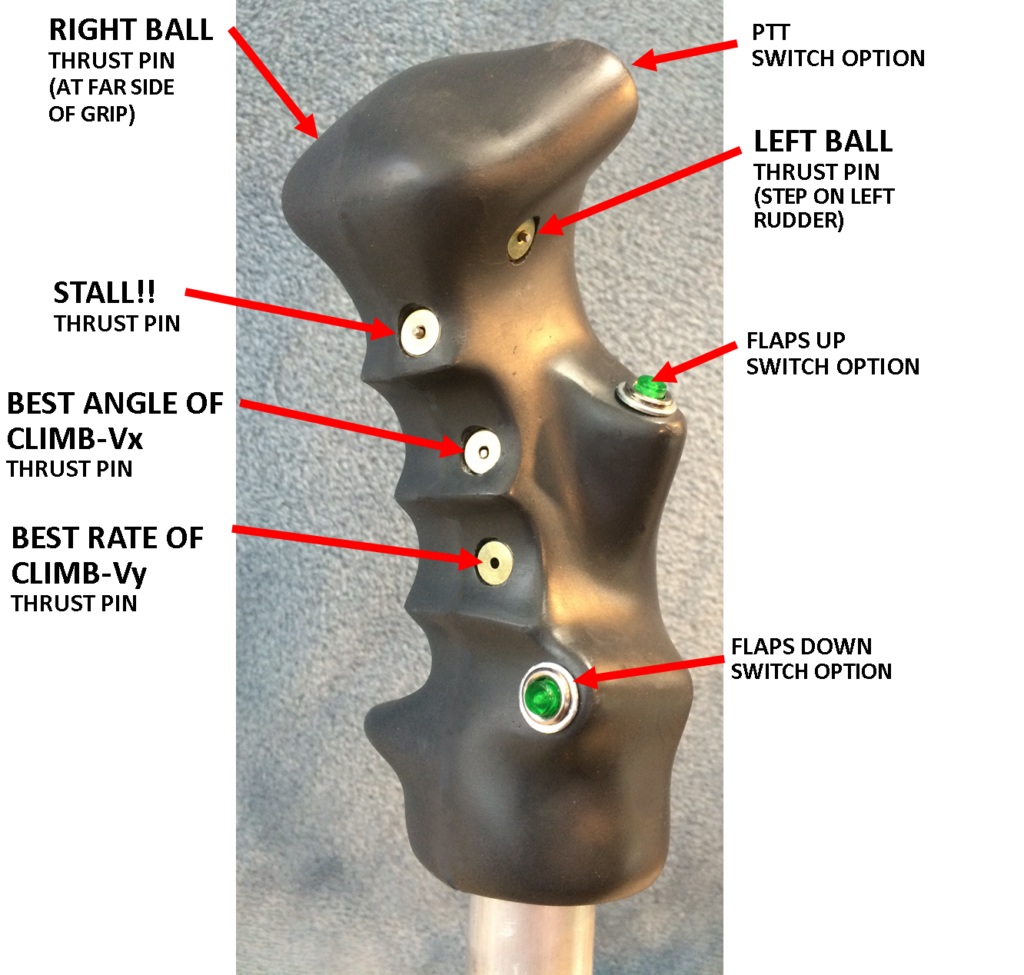 If you are interested in the FeelFlight Grip haptic feedback system, please email or call us.  Pilots truly like our haptic AOA system.  We believe you will too.  If you should not, please return it for a full refund.  Also, our equipment is fully warrantied for two years

Why not an aircraft attitude indicating system that utilizes the sense of touch …the most sensitive of the five senses? In existing aircraft,  subtle feedback of aircraft attitude  can sometimes be felt by the pilot through the conventional control yoke or stick. The flow and pressure of air may provide a slightly different feel to the elevator and ailerons.   And some aircraft shudder when close to stall. Angle of attack is the most important aircraft attitude of which a pilot should be conscious. Oddly, this is generally conveyed by the airspeed indicator. An angle of attack indicator is considered superior but is still a visual reference.

Our approach is to incorporate five solenoid activators into the stick or yoke grip. When the airplane is in normal flying attitude, the grip feels normal to the fingers. When the pilot reaches “best rate of climb,” the bottom activator signals the ring finger. When the wing reaches “best angle of climb,” the second actuator protrudes to pulse against the middle finger.  A few degrees below stall and the top actuator pulses against your most sensitive finger, the index finger.

There are two additional actuators, one on each side of the grip. The right one touches the lower part of the index finger and the left touches the thumb. These actuators duplicate the ball inclinometer for indicating coordinated turns. When the right actuator pulses on your finger, then you step on the right rudder pedal; left actuator—left pedal.

With the FeelFight system, with your right hand on the control stick, you have a very positive feedback of the aircraft’s attitude when your visual attention is focused on the landing spot, or your ears are plugged from atmospheric pressure changes. Basically you have a tremendous enhancement of the “seat of the pants” concept. Even a novice pilot will know exactly what his airplane and wings are doing. The hand that is controlling the airplane is also receiving a positive feedback that informs the pilot what his hand is doing to the airplane.

The most remarkable aspect of the FeelFlight Grip is that the pilot always maintains control of his or her own aircraft. The Grip will not counteract the actions of the pilot or take over control of the airplane. Rather, the grip will validate the information offered by the panel. Or, it will allow the pilot to feel the aircraft without needing to see or understand what the panel instruments are telling him. It provides the multimodal (three senses) system which scientific research has shown is the most effective in signaling information.
WITH THE FeelFlight GRIP:
• You experience the sensation of flying “by the seat of your pants.” You are one with your wings.
• Your grip validates your instruments, thereby increasing your ability to react appropriately in a emergency.
• You gain the confidence to override vertigo.
• You increase your reaction time in an emergency due to the more direct connection between your hand and your airplane.
• You now have a neurological connection to your wings that rivals that of a bird.
WHAT IS INCLUDED?

1. An small angle of attack sensor mounted on an inspection cover plate, or on the wing.

2. A digital control module mounted on the aircraft panel which receives input from the angle of attack sensor and an internal slip/skid sensor.

3. And the patented FeelFlight Grip,  which is the true heart of the system and the significant innovation. It has within it the five electronic solenoids that trigger the thrust pins. The Grip is available for either stick or yoke.

RETURNING TO THE LOVE OF FLIGHT!

The FeelFlight Grip is designed primarily to enhance pilot safety. Research supports the safety aspect of a redundant modality. However, the side benefit of the FeelFlight grip is that the Grip wires the pilot into his aircraft. It’s FUN! It returns pilots to the joy of the barnstormers of yesterday: The ability to “fly by the seat of your pants,” the knowledge of the birds, the thrill of soaring…

the wind on your wings.